By Tess Tangney and Oscar O’Hara
Started by Tess 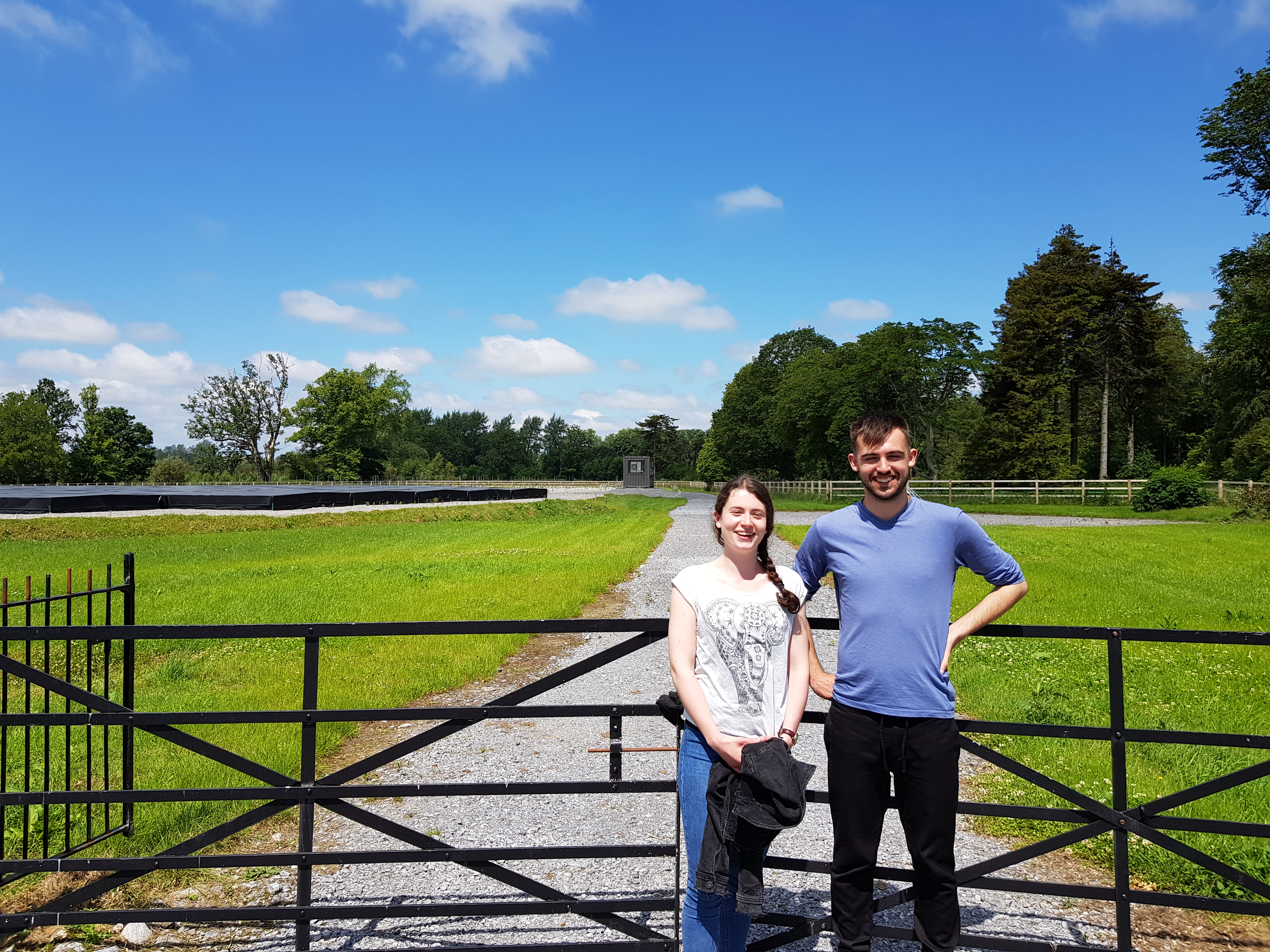 Eastwall ALDI as we waited for Peter to pick us up. It wasn’t as dodgy as it sounds, Peter had to go to Birr for the day and was kind enough to let us tag along as neither of us had seen I-LOFAR before. Standing in the carpark at 9 am our excitement was palpable. We hopped into the car and set off for Birr, making a quick pitstop in Dunsink which was beginning to feel more and more like our second home.

On the journey Peter told us the whole story of I-LOFAR (A radio telescope that is part of a network of similar telescopes stretching out across Europe). While I knew Peter was heavily involved in the development of I-LOFAR I hadn’t realised that it was his project from start to finish, he had dedicated almost a decade of his life to making this happen! It all started with asking the Earl of Rosse if he could put a small radio antenna somewhere on his land to now having an array of high and low-band antennas stretching over two football fields, linking Ireland to one of the most sophisticated telescopes in the world. 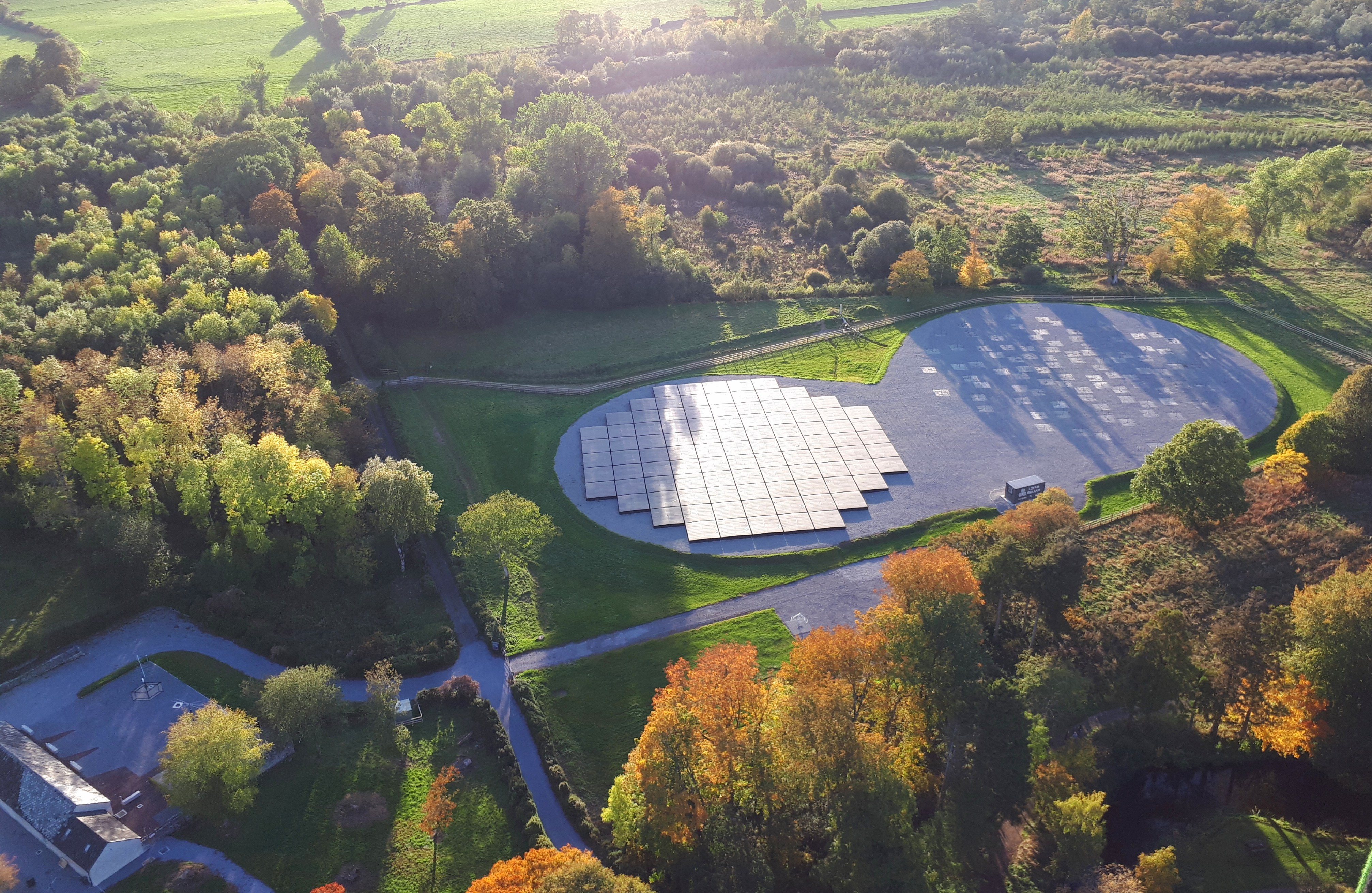 Astronomy has always been strong in the Rosse family, the third Earl built the magnificent Leviathan telescope, which was the largest telescope in the world for over 70 years. It seems natural that modern astronomy should continue to take place on the estate. The friendship between Peter and the Earl proved invaluable to getting LOFAR built. 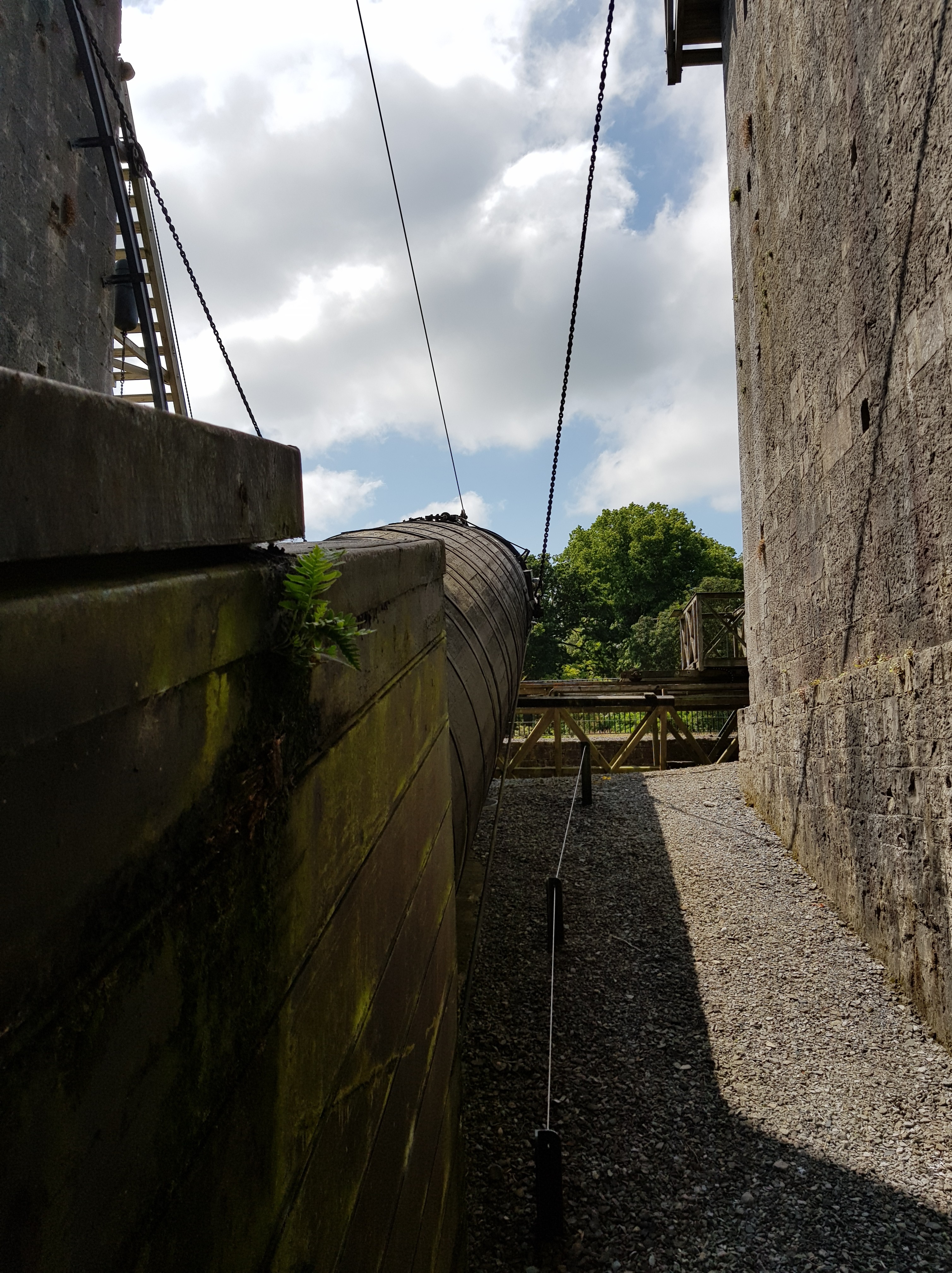 After grabbing a coffee we headed straight for the Leviathan, as Peter gave us a tour of the ancient telescope it was like being back in his first year astronomy module, as a wave of nostalgia hit us both. It’s hard to believe that 175 years ago it was the only instrument that could observe a spiral galaxy

Finishing our coffee we wandered over to the education centre beside LOFAR and got to meet the “Other Interns”, Jane and Jeremy. They showed us around the centre and the antennas as Peter left to do some work. The whole thing blew us away and seeing what Peter had accomplished here gave us both hope for what’s possible for Dunsink in the next ten years..

Chatting with the “Other Interns” it was interesting to compare our experiences so far this summer. While they definitely had the best office, with a wonderful view over LOFAR and the grounds of Birr 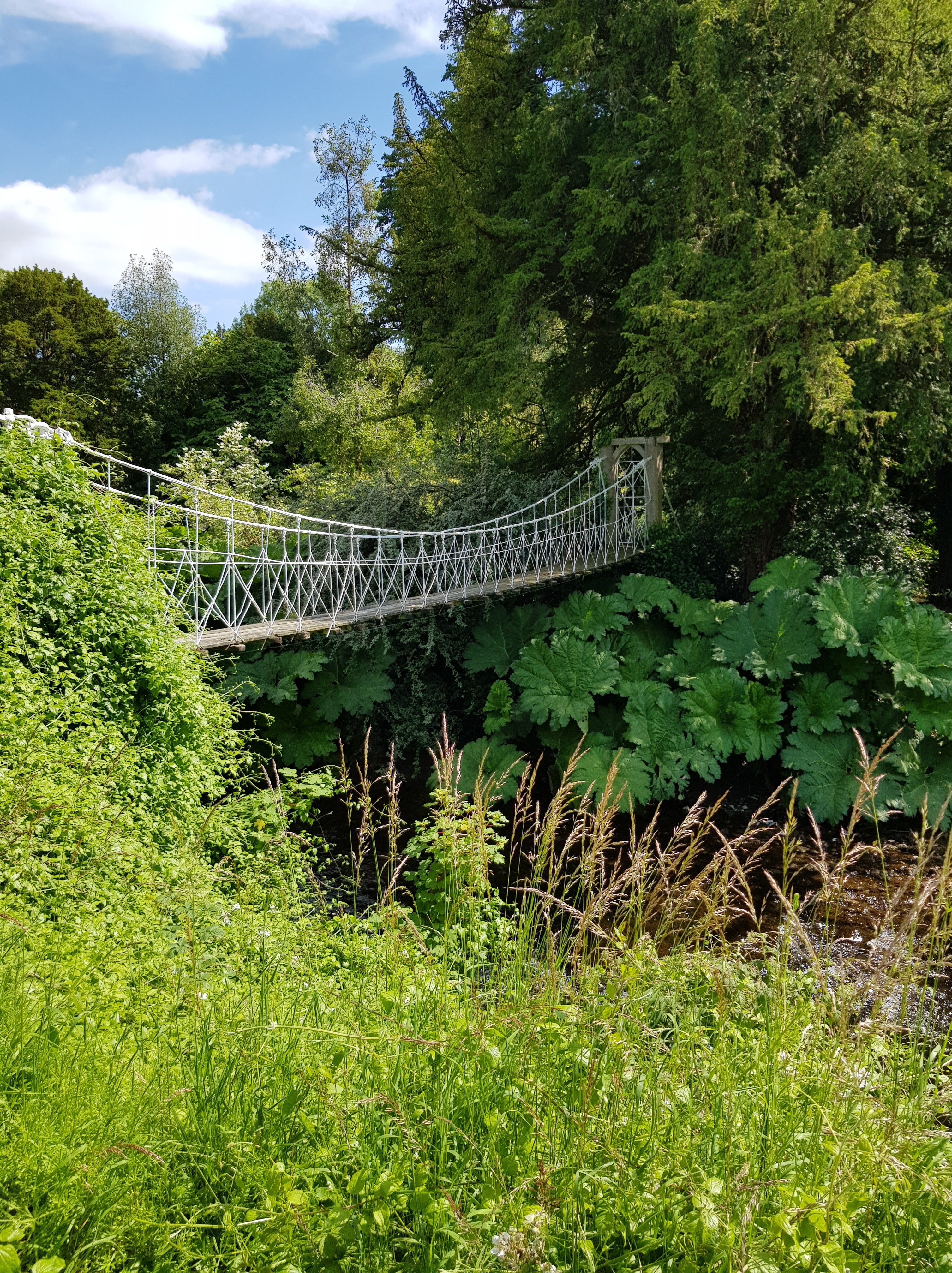 castle, Oscar and I both agreed that we had the better internship! The four of us headed off for some lunch kindly sponsoed by
Peter, on the walk over Jeremy couldn’t resist and his tour guide mode activated, telling us all about the suspension bridge on the grounds. The 2nd Earl of Rosse apparently had his kids design and build the bridge as a test to prove the abilities and knowledge they had acquired through their education. Arriving at the cafe we quickly tucked into some delicious salads and finished it off with a brownie that truly embodied ‘Death by Chocolate’.  We couldn’t pass up the opportunity to see the exhibits in the science centre while we were there and it was great to be able to get some ideas for our own exhibits that we’re working on. After promising to show Jane and Jeremy around Dunsink the following week we said our goodbyes and joined back up with Peter to go on a private tour of the castle. 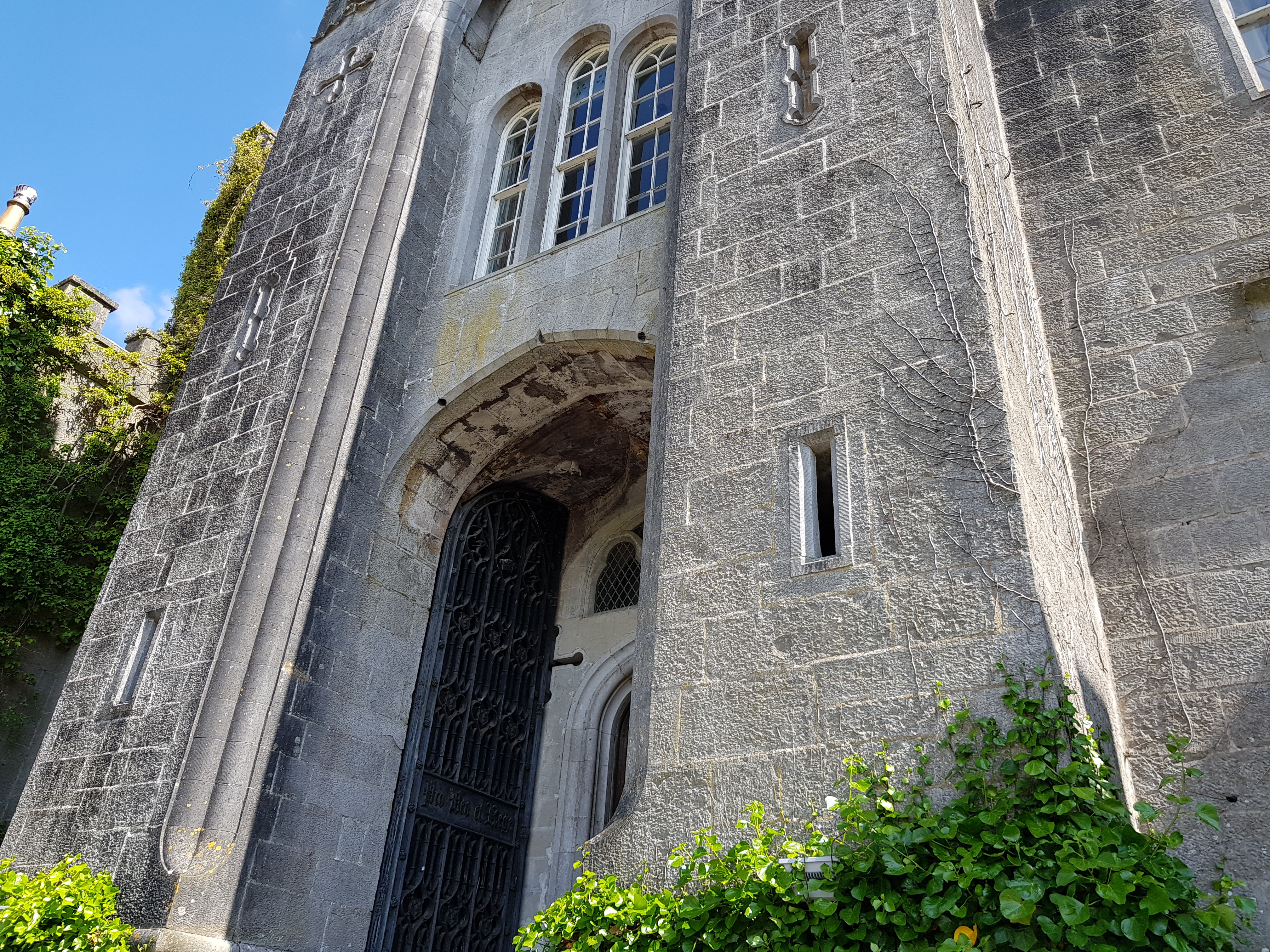 Attempting to get a better look of the castle I was left squinting, adjusting my eyes due to the absence of my glasses and the sun sitting directly overhead. As we closed in on the facade of the castle, it was a miracle, I could see again! Not only this, but words could not describe what lay in front of us… (but I guess I’ll have to try, with this being a “written” blog).

Weathered stone walls stretched up, shadowing not only us but the entire front lawn. Dense layers of ivy coated the walls, fighting an ever losing battle as it struggled to clamber aloft. A cast iron gate, arrow slits and murder holes lined the entrance, ensuring the safety of its current ocupants, luckily for us the gaurds where absent (they must have been on their lunch break). We rang the doorbell, not once, not twice, but three times, before the door swung open and we began stumbling inside blatantly staring in awe at the floor, the ceiling and everything in between. If the hall we just walked into spoke for the rest of the building, it’s no wonder it took Lady Rosse so long to answer the door. 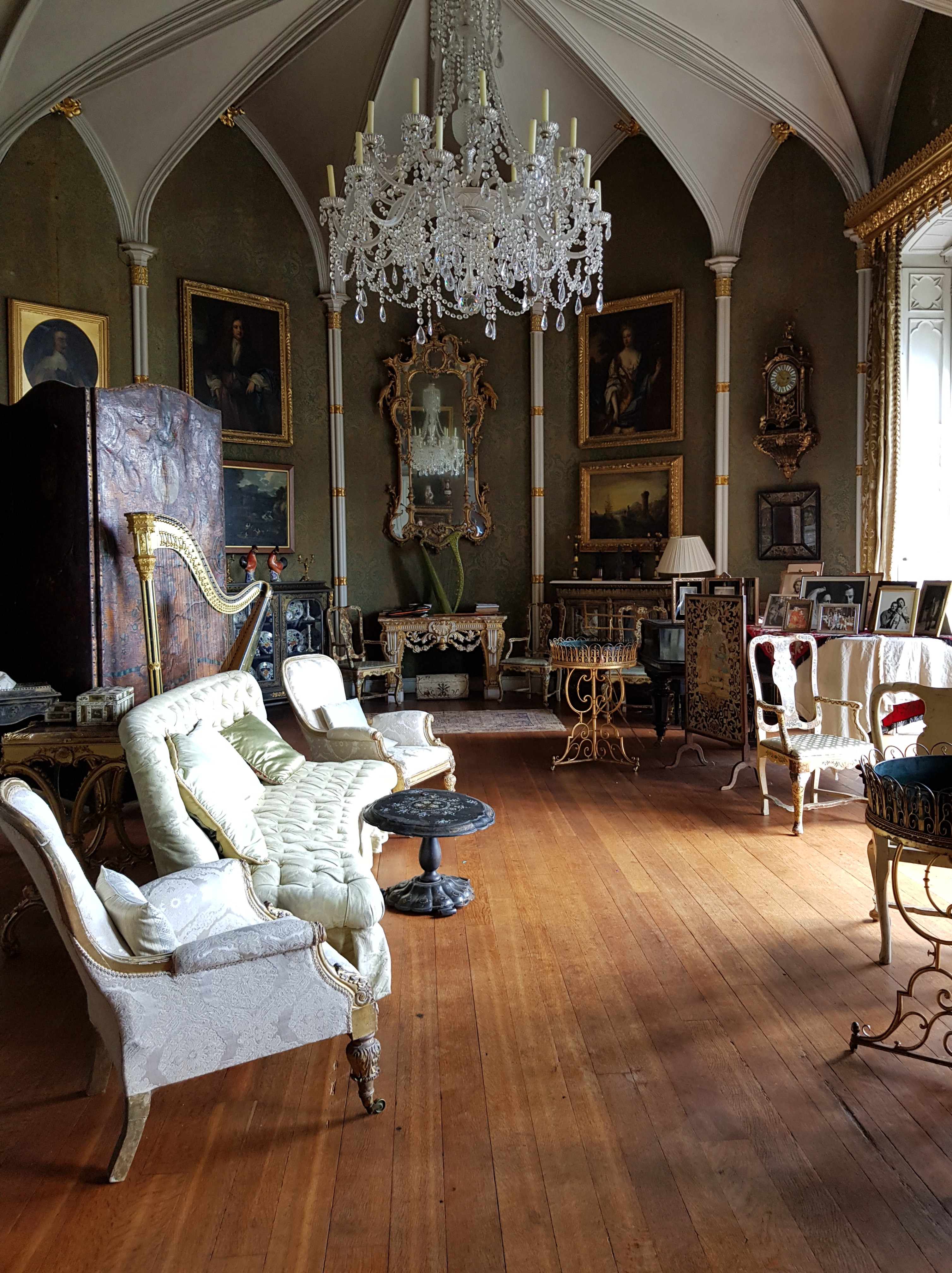 We began our tour, Lady Rosse guided us through room after room each more spectacular than the last, down secret passages which seemed to appear out of thin air (even after we got better at trying to spot them). Each room had an ensemble of unique artifacts with some mind blowing stories attached. A collection of cannonballs which came through the castle during a siege, a wig made of Queen Victoria’s hair and not forgetting to mention that the last medal of St. Patrick was just sitting in the dining room.  We all agreed with a definitive laugh, our favorite story was the one where Princess Margaret came to stay and during the night the brand new wallpaper that lined her room collapsed on top of the bed, giving her and everyone else that night a good scare.

Upon leaving the castle we were still in awe at its contents and beauty, “What a place to have stumbled across!”. We hastily ran back to Peter’s car in the hope of beating rush hour traffic. The way home was full of chatter solely of the castles content and Peter’s own stories such as how he spent a night there during the build of I-LOFAR.  We all came to the conclusion that there was a weird contrast between the history of the place and the necessities of modern living, mentioning the portable space heater and the mac in one of the living rooms.